We offer half day and full day trips.

experience with us the unique history of Andalusia.We offer excursions to Cadiz, Vejer, Tarifa and the bay of Trafalgar.
In our air-conditioned minibus we explore with you the enchanting coast, the costa de la Luz.

A beautiful town just 9 km from Conil and situated on a high plateau, Vejer has been declared a historical landmark and has been given an award for its town’s beautification. The area is full of Phoenician, Carthaginian and Roman remnants.

Cadiz is the capital of the province of Cadiz in Andalusia, southern Spain and has a population of 118,919 citizens. It is about 20 km from Conil and situated on a peninsula. Cadiz is one of the oldest cities in Western Europe. According to legend, and the city’s coat of arms, it was founded by Hercules. Historically speaking, it was founded by Phoenician traders and salesmen from Tyros, and served as a military base and a place for merchandise turnover.

After the discovery of the new world, Cadiz grew in importance and was thriving as one of the main trade places between Spain and its overseas colonies, as well as a haven for the Spanish fleet.

About 120 km from Conil lays the most beautiful city in all of Andalucía. As one of the biggest cities of the country, it has many points of interest, such as the cathedral, the king’s palace Alcazar, the Moorish quarter Barrio de Sta. Cruz and the beautiful old town for a shopping trips 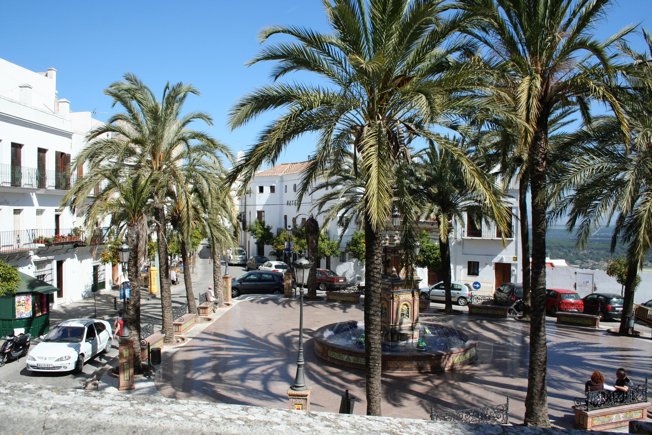